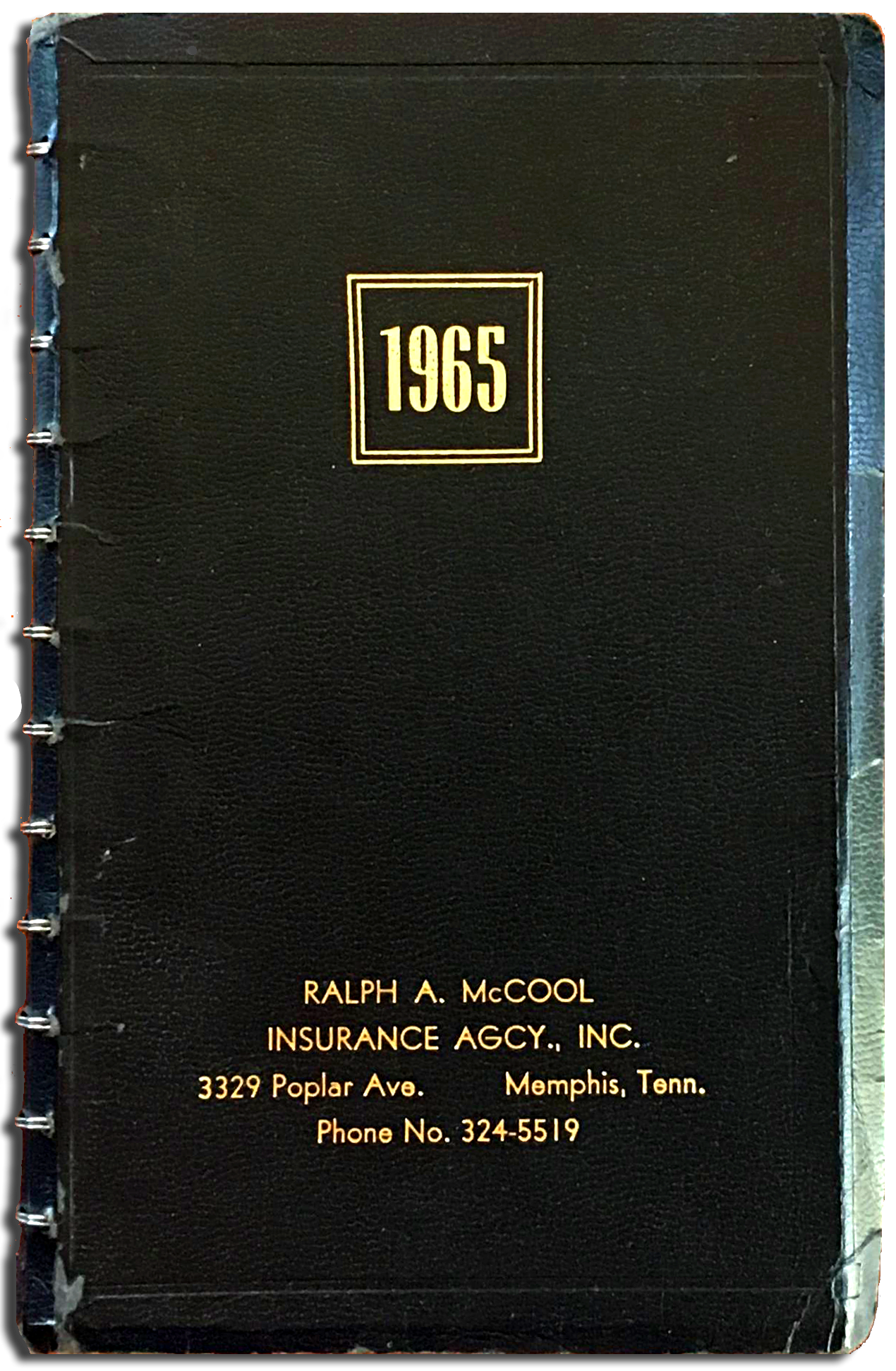 1965 saw Reggie staying closer to home, working primarily as the studio guitarist at Royal, and cutting sessions for a few other studios around town, like Lyn-Lou, Pepper and Sam Phillips. Most interesting, perhaps, is a notation for a January session at Chips Moman's American Sound more than a full year before he went to work there full time.

With Bob Tucker back as the guitarist with the Bill Black's Combo 'road band', Reggie was now 'playing out' with Ace Cannon instead. He kept a record of 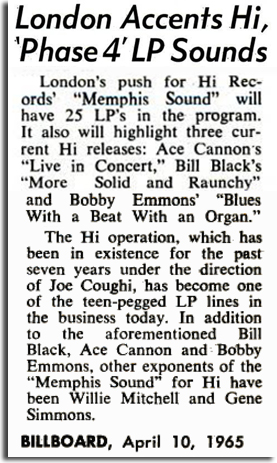 those gigs in the log book and we have included them alongside the session notes below.

Although still not as comprehensive as the logs would become, the 1965 book is the first to feature details about session leaders and songwriters (both of which were factors in how much Reggie earned that day), and so we have added that information where available as well.

There were no single releases on Hi's subsidiary label M.O.C. in 1965, and considerably less than the year before on the main imprint. This may have been due to the ambitious plans that their distributor London had for Joe Coughi to release 25 'teen-pegged' LPs that year of which, as you can see by the list below, only six actually saw the light of day...

Be sure to check out our expanded 1965 liner notes page, and join in the discussion. Thanks!